The Spirit of MARUFU 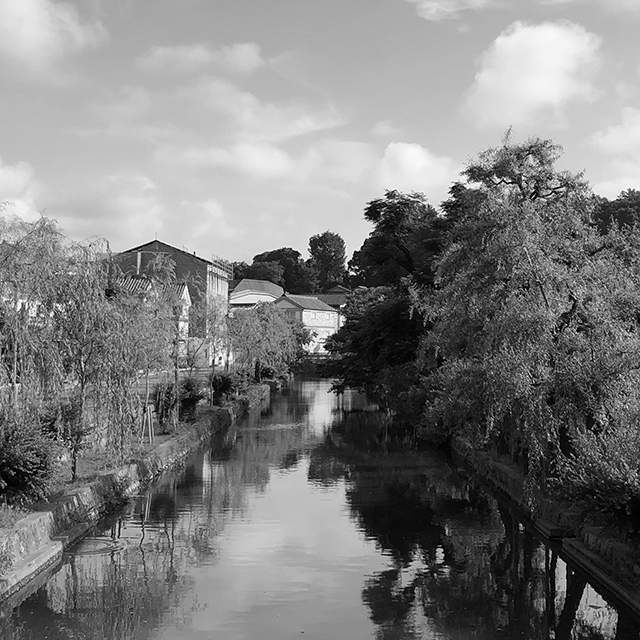 Our founder’s name, “Fuichi HAGIHARA”, has been passed down to successive presidents with its meaning of “one of a kind”.

Although it has been 126 years since our foundation, HAGIHARA’s challenging sprit and desire to be one of a kind has not changed.

Igusa (rush grass) in Okayama prefecture has a long history.

In the 190s, the 14th Emperor Chuai stopped in what is currently known as Kurashiki city, Okayama prefecture, for a temporary stay.

Upon Emperor Chuai’s arrival, a “throne” that was made by using the wild grass from the valley was given to him.

Due to its beautiful finish, the Emperor gave an order to produce a rug made from this grass, and this is said to be the roots of Igusa-made rugs.

Also, this type of rug is called “Goza” in Japanese, which is said to have come from the Japanese word for throne (Goza).

During the Muromachi period (around 1336-1573), tatami mats began to be used in Shoin style architecture (a traditional style of Japanese residence) and they became popular.

The land of Kurashiki was expanded via reclamation during the Azuchi-Momoyama period (around 1568-1600), however the land was not suitable for making rice because it contained a high salt content.

Because of this, people started to cultivate Igusa and cotton, which are strongly resistant to salt.

This is how Kurashiki became one of the biggest production areas of Igusa until the era of high economic growth in Japan (1973).

In the Meiji era, exporting flourished and Igusa also started to be exported to Europe and the US.

HAGIHARA’s founder, Fuichi HAGIHARA, who had excellent foresight, founded the “MARUFU” brand name after his own name Fuichi in 1892, and started the business specialized in exporting dyed Igusa rugs to the US.

In 1902, the dyed Igusa rugs that were Kurashiki’s specialty at that time ranked third among all items exported from Japan to the US.

However, due to the onset of World War I in 1914, he was no longer be able to export them to the US, and he converted his business to domestic sales.

The birth of the second Fuichi HAGIHARA

The second Fuichi HAGIHARA was the third son of the Asahara family and was named Yukio.

Yukio, who was the nephew of the founding Fuichi HAGIHARA, left home when he graduated from senior elementary school, and went to Kurashiki Business High School while serving the HAGIHARA family as apprentice.

Right from the outset, Yukio worked under the strict eye of the founding Fuichi, who taught him about the business and passed on the work ethic and legacy of the HAGIHARA family.

In 1941, the Pacific War broke out and Yukio was ordered to depart for the front, where he served in Sumatra in Indonesia.

After the end of the war, he was demobilized in 1946. However, he did not return to his house and returned instead to the HAGIHARA family.

The second Fuichi, together with his wife Sumako, who was the first daughter of the founder, resumed business with customers from the prewar period, and he started to promote overseas exports again in addition to sales promotion throughout Japan.

In 1962, he built and opened the Mizushima factory to produce dyed Igusa rugs with a warp made of polyethylene for the purpose of differentiation and cost advantage over other companies. This factory became the foundation of the future HAGIHARA Kogyo Co., Ltd.

The second Fuichi pushed forward with business expansion, and established and invested in many companies and businesses, including an Igusa products factory, a sales company, a resin molding manufacturing company, and so on.

At our peak, the HAGIHARA group owned 5 companies, 1 cooperative, and 16 offices, and the consolidated sales of the HAGIHARA Group reached 23.0 billion yen.

He travelled around the world on his own, and promoted and developed the market, not only in Japan, but also all over the world, and as a result, the business continued to expand.

As the business expanded steadily, the second Fuichi concurrently held the position of president at several companies.

However, he suffered from illness due to the cost of expanding the business and from around 1970, he was constantly in and out of hospital while still leading the companies.

Because of the condition of the second Fuichi, his son Kazutaka, who would eventually become the third Fuichi, began to work at the Tokyo office when he entered university, and took over the legacy of MARUFU.

In 1977 (Showa 52), with the passing of the second Fuichi HAGIHARA, his eldest son, Kazutaka, took office as president and took over the name of Fuichi HAGIHARA. He was only 25 years old at that time.

However, HAGIHARA’s credibility dropped due to the sudden passing of the second Fuichi, and the company was exposed to a management crisis.

The third Fuichi visited the bank every day to submit his revival plans and proceeded to improve the efficiency and stability of the company.

In the same period, Japan was experiencing high economic growth and as a result, environmental pollution was occurring in the rapidly developing Mizushima Industrial Area in Okayama Prefecture.

By considering the situation, the third Fuichi thought it would be difficult to continue the Igusa business as their main business, and he decided to develop the business in China.

While he continued to pursue management efficiency in business, he actively invested in China, and in 1979, he established Jiangsu Products Co., Ltd. in Suzhou, China. This company would later be the foundation for Igusa products that were made in China.

At the same time, in the late 1970s, the third Fuichi started dealing with furniture while developing the Igusa business in China.

It was a big change from what had previously been mainly rugs for covering flat surfaces, to products that could have a huge impact in changing the whole look and feel of a room.

At that time, the company also had a factory in Taiwan, and there were many rattan furniture factories nearby.

The third Fuichi saw the possibility in rattan furniture and decided to import it to Japan.

Since he had no sales network at that time, he brought it into local futon shops and DIY stores that were new to the market and expanded its market. In addition, while expanding exports to Europe and the Middle East, he also started importing Karaki furniture and European furniture.

In 1985, a sharp appreciation of the yen occurred due to the Plaza Accord, and the export business faced a major turning point.

However, the third Fuichi took this crisis as an opportunity, and instead of exchanging the foreign currency that had been gained through export into yen, he used it to purchase goods from overseas and expanded HAGIHARA’s importing business.

Since then, the furniture business grew significantly with the push of the bubble economy in Japan.

In the same year, as part of the Chinese business that began in 1972, he established the industry’s first inspection & delivery center in Shanghai for the inspection of Igusa products.

The establishment of this center secured HAGIHARA’s position in the industry.

Later, this inspection & delivery center moved to Suzhou, Jiangsu Province in 1995. In 2003, it was incorporated as a joint venture with a local company and

HAGIHARA became a pioneer of the Igusa industry in China, and they continued to instruct local industries in issues ranging from fertilizer management to final inspections. They also used their accumulated factory operation know-how in their other business and successfully increased the number of their products.

To the Next Stage

These three companies were operated independently since they were established in 1991.

However, for the future development and mutual effects, HAGIHARA Co., Ltd., HAGIHARA Three I Co., Ltd., and HAGIHARA Trading Co., Ltd. were merged in 2010 and the new HAGIHARA & Co., Ltd.  was begun.

In 2016, due to the diversification of the market, the third Fuichi HAGIHARA decided to retire and to pass the reins over to the next generation. In November 2018, Hideyasu HAGIHARA became the president of the fourth generation.

Hideyasu saw the need for diversifying the sales channels while dealing with various products. He therefore launched the first shop called “HAGIMONOYA” and started a retail business.

He strengthened the SPA from manufacturing to sales across departments in order to respond to the omni-channeled market.

HAGIHARA now had its own functions from raw material procurement to manufacturing, product planning, transportation management, factory operation management, quality control, logistics, wholesale, retail sales, and sales promotion including using social networking systems, and it is trying to convert these functions with the strength that is unique to HAGIHARA. HAGIHARA will continue to pass on the spirit of MARUFU to the coming generations.

The spirit of MARUFU is the spirit of taking on a challenge and making steady efforts to keep challenging oneself.

“ MARUFU” has never changed throughout the history of HAGIHARA and will always be channeled to support our continued growth and evolution.